Panarea
The Aeolian Island where the jet set go to escape the rest of the jetset.
Or something like that.

This delicious island off of the north coast of Sicily has become the chicest summer spot in the Mediterranean.
But it’s not about out-doing the neighbors, or about flashy displays of wealth. It’s not the club scene of Ibiza, and you’ll probably (hopefully!) never see Lindsay or Paris here.

Home owners include Borghese’s and Bulgari’s and Visconti’s. 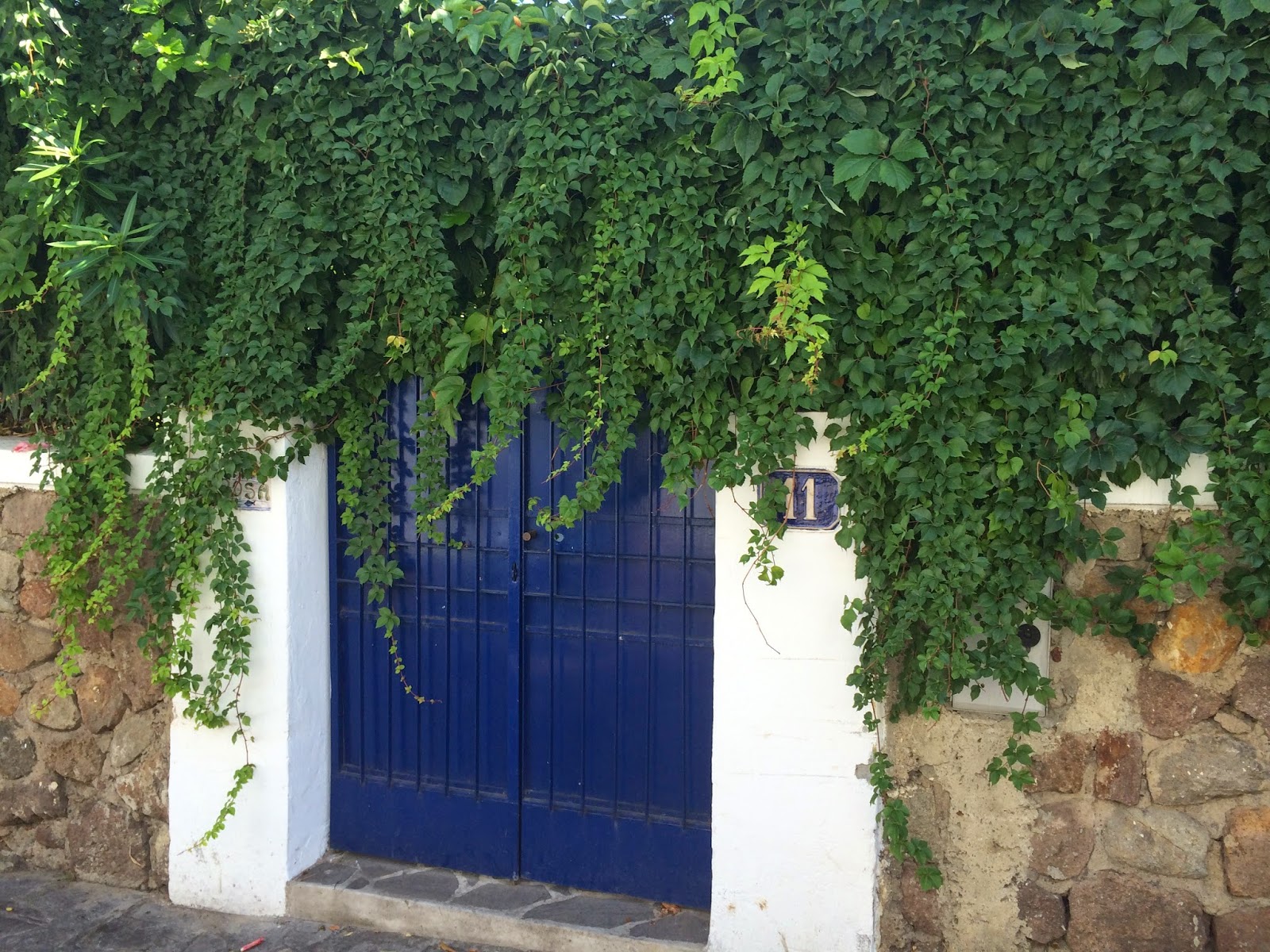 Panarea is a safe haven from overbuilt vacation destinations. 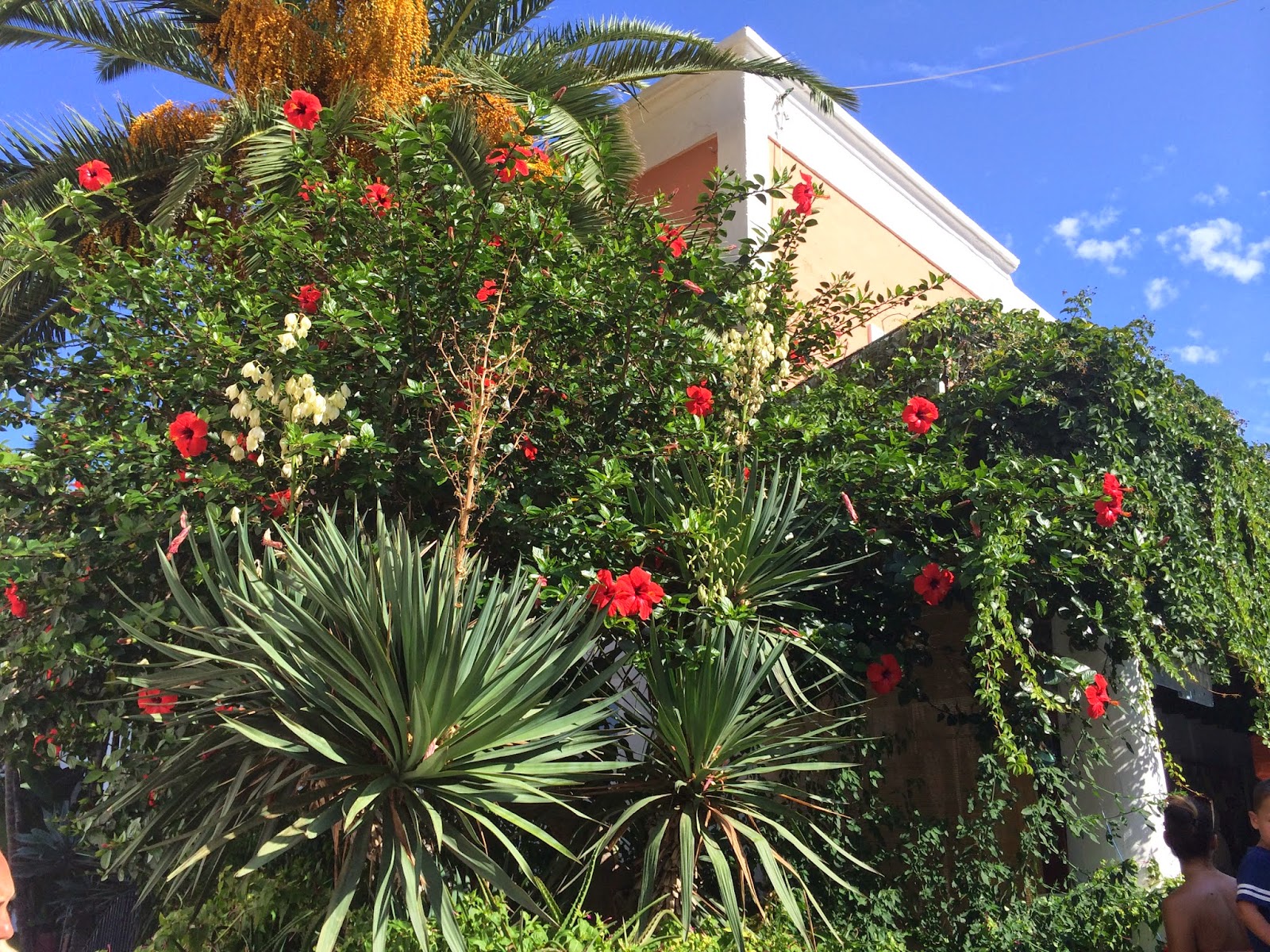 If anything it is underbuilt. Beautiful private homes on streets with no street lights, no cars and no pretense, heady with frangipani and lemons, hibiscus flowers and wild cacti, it’s an island that you get around on on foot, the locals frequently navigating the winding cobblestoned paths barefoot. 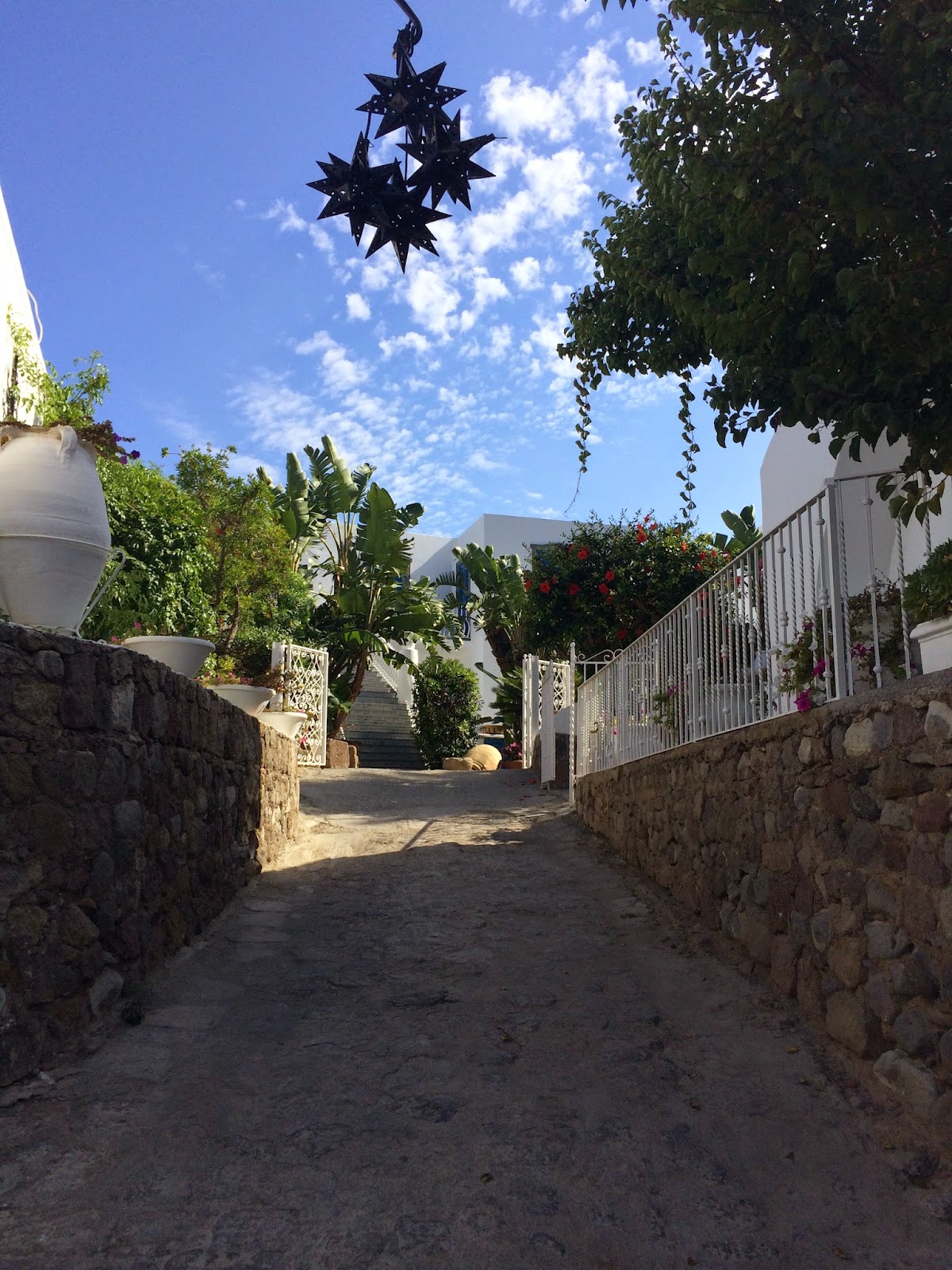 Little hamlets such as San Pietro, Ditella and Drauto have the island’s few shops. 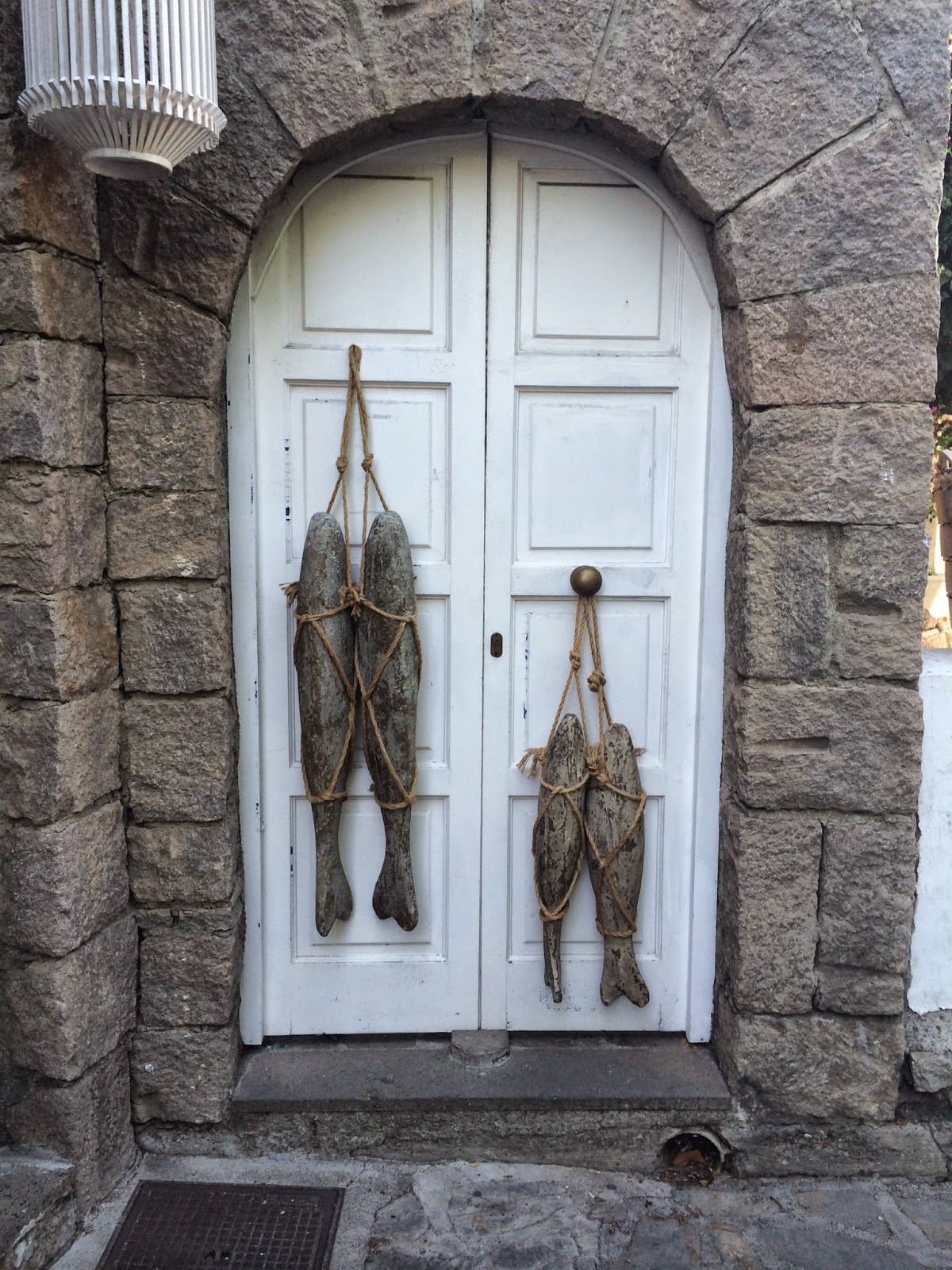 Here you can buy the highly coveted custom made leather sandals with colored straps that wind up the leg, or the batik fashions found at the Raya boutique. There are no designer shops here, although major designers name products after the island. 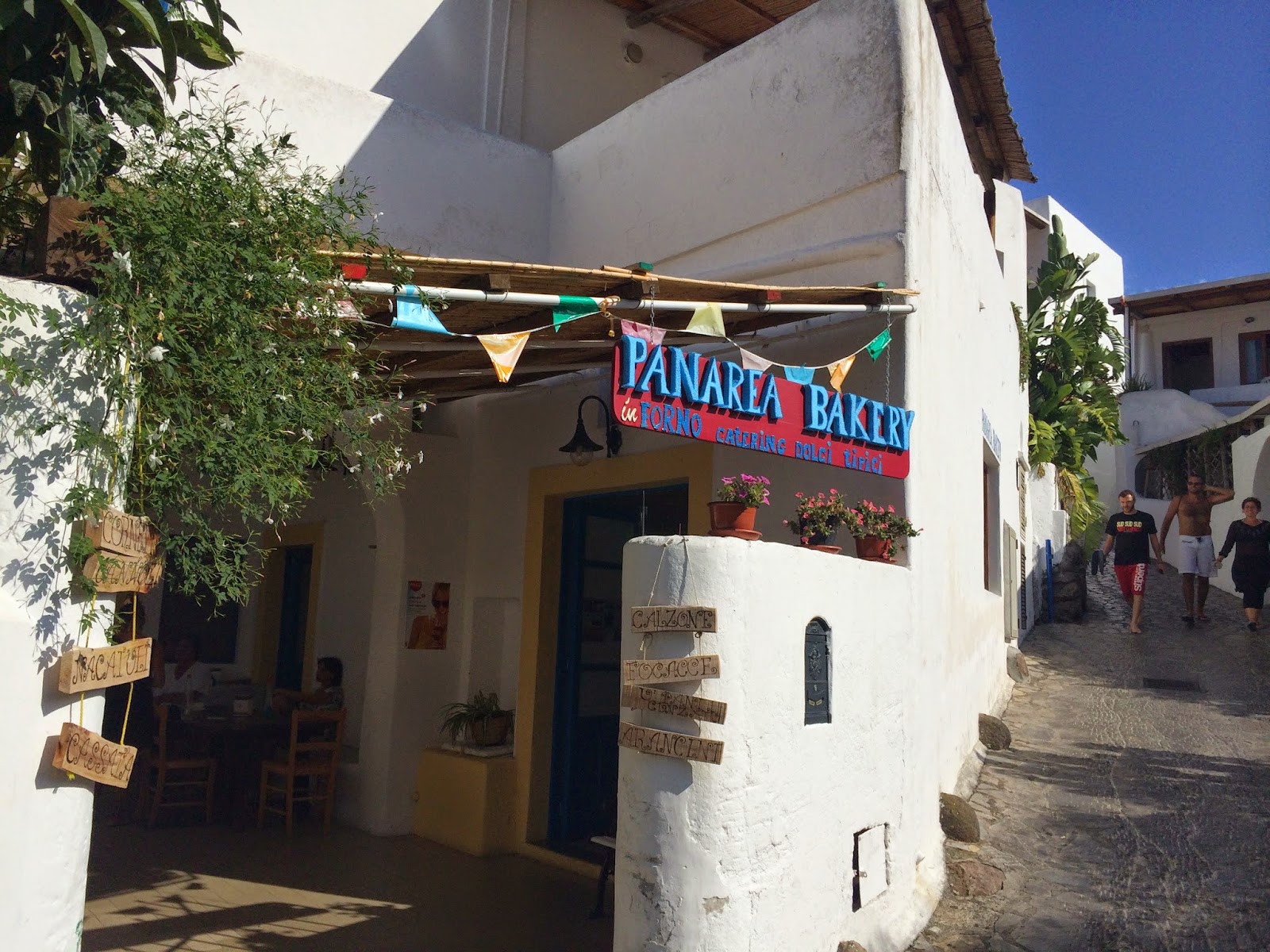 You may however see some pretty fabulous designers visiting the island. Dolce and Gabbana come over from their home on nearby Stromboli, Giorgio Armani finds his way there from his home on Pantilleria on his super yacht. 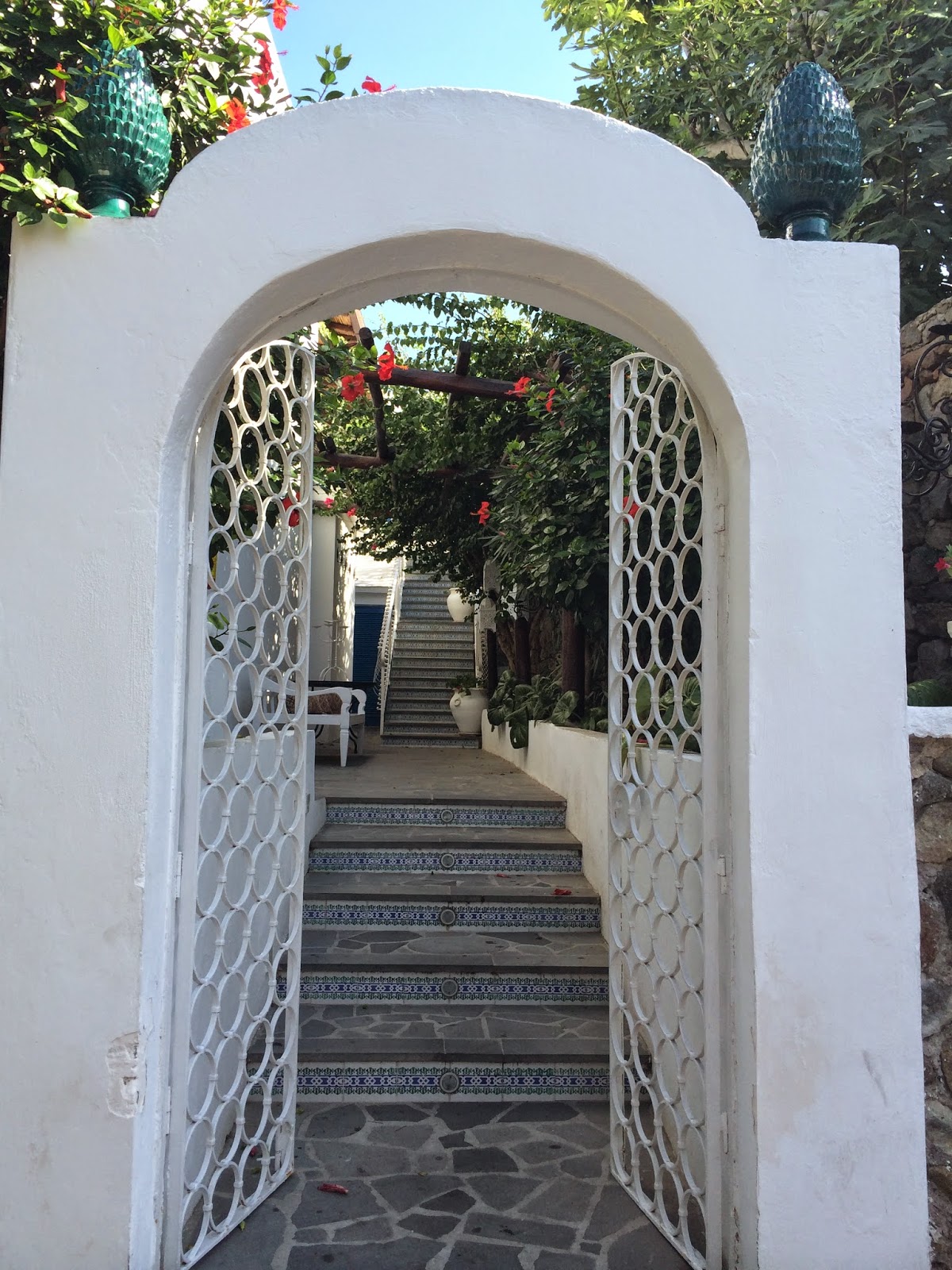 Princess Caroline comes by on her yacht Pacha III, and there are invariably a handful of mega models and actresses arriving as guests of other yacht owners pulling in for the evening.
Panarea is charming, and very, very quiet. 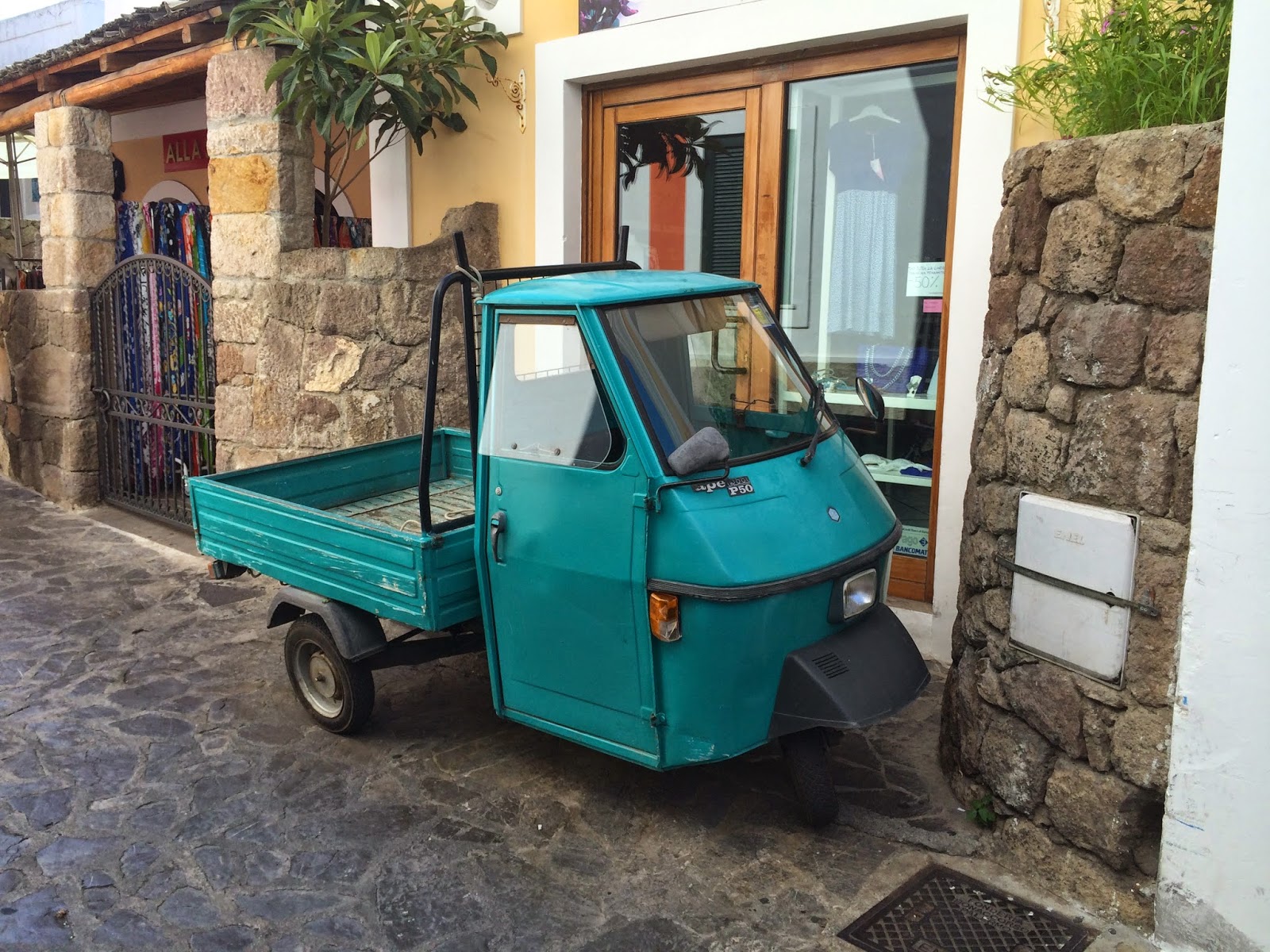 It is surrounded by the bluest water I have ever seen, anywhere in the world.

There are not  very many beaches, and they are a considerable hike to get to, but if you have access to a boat, swimming off of the coast of Panarea is one of the most glorious experiences ever. The water even feels soft and luxurious and the views are just breathtaking. 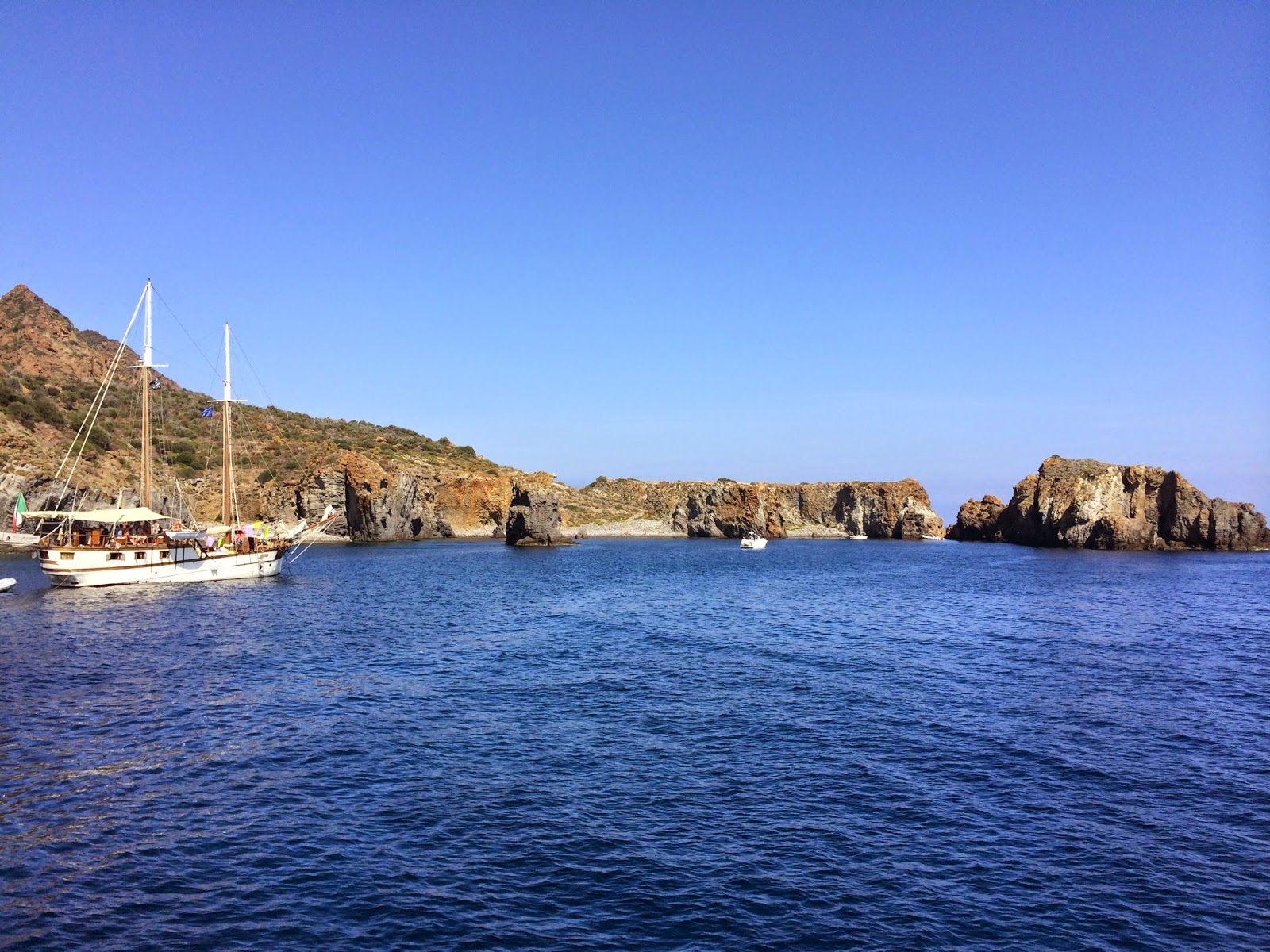