I have missed him so much! 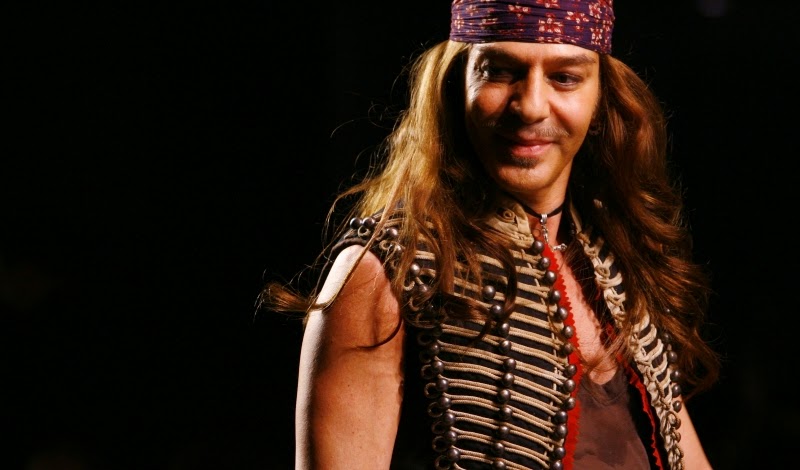 When he was dismissed from Christian Dior in 2011 after a drunken anti-Semitic rant in a Paris bar it almost felt like a personal loss.
John Galliano is without a doubt one of the greatest talents of all time. His brilliance is undisputed.

After rehab for alcohol and substance abuse, Galliano ran the Oscar de la Renta Autumn/Winter 2013 show, in a deal brokered by Anna Wintour, leading to speculation about his imminent return to the fashion world.
As the newly appointed Creative Director of Maison Martin Margiela, Galliano will oversee the design all the lines including Couture as well as both men's and women's ready to wear.
He is a fascinating hire, being that Martin Margiela is known as fashion's most hidden man - supposedly there is only one photograph of him in circulation, and even that is considered to be a fake. He avoided the spotlight, and even after his departure from his namesake brand in 2009 the design team stayed anonymous.

Galliano on the other hand is known for his brave and unpredictable choices and his  flamboyance. He is the ultimate showman. 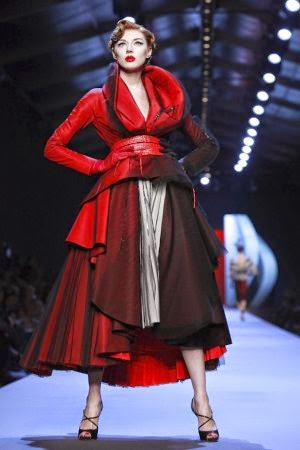 It will be fascinating to see what he does with the line. Margiela is known for classic tailoring melded with an avant garde aesthetic, whereas Galliano's signature is whimsical and romantic, a little wild and endlessly feminine.
He took Dior to new heights and made the line exciting. Can he do the same with Margiela? And will his public ultimately forgive his anti Semitic remarks?

John Galliano's first collection for Maison Martin Margiela will debut  at Paris Fashion Week in January.
I can't wait for the collection, and I can't wait to see what he wears when he takes his legendary bow.