My son Tommy is an incredibly talented musician.
He lives to play his alto saxophone, and he is brilliant at it.
By the age of 12 Tommy was already in his second year playing in the Berklee College of Music in Boston's City Music Program, through the Phoenix Conservatory of Music. He was also in his second year playing in a jazz combo that specializes in Latin jazz, swing and Bossa Nova, and takes paying gigs around the greater Phoenix area.

Most weekends Tommy plays street music outside stadiums and arenas, saving up to buy himself a pro tenor sax. (He currently plays a semi-pro alto sax, which he will upgrade to a pro alto at some time in the future).


Part of developing as a musician is learning how to audition really well, and you develop that skill by auditioning frequently. So we decided that he should start auditioning as much as possible, not necessarily with the expectation of being accepted for things, but just to build the skill set required to ace the auditions he really wants.

For young people wanting to pursue a career in music there are a handful of summer music programs around the world that are internationally considered to be a vital step. Interlochen, based in northern Michigan is known to be one of the most prestigious.

The list of famous and high achieving alumni is spectacular, and includes Josh Groban, Norah Jones and Beyonce. 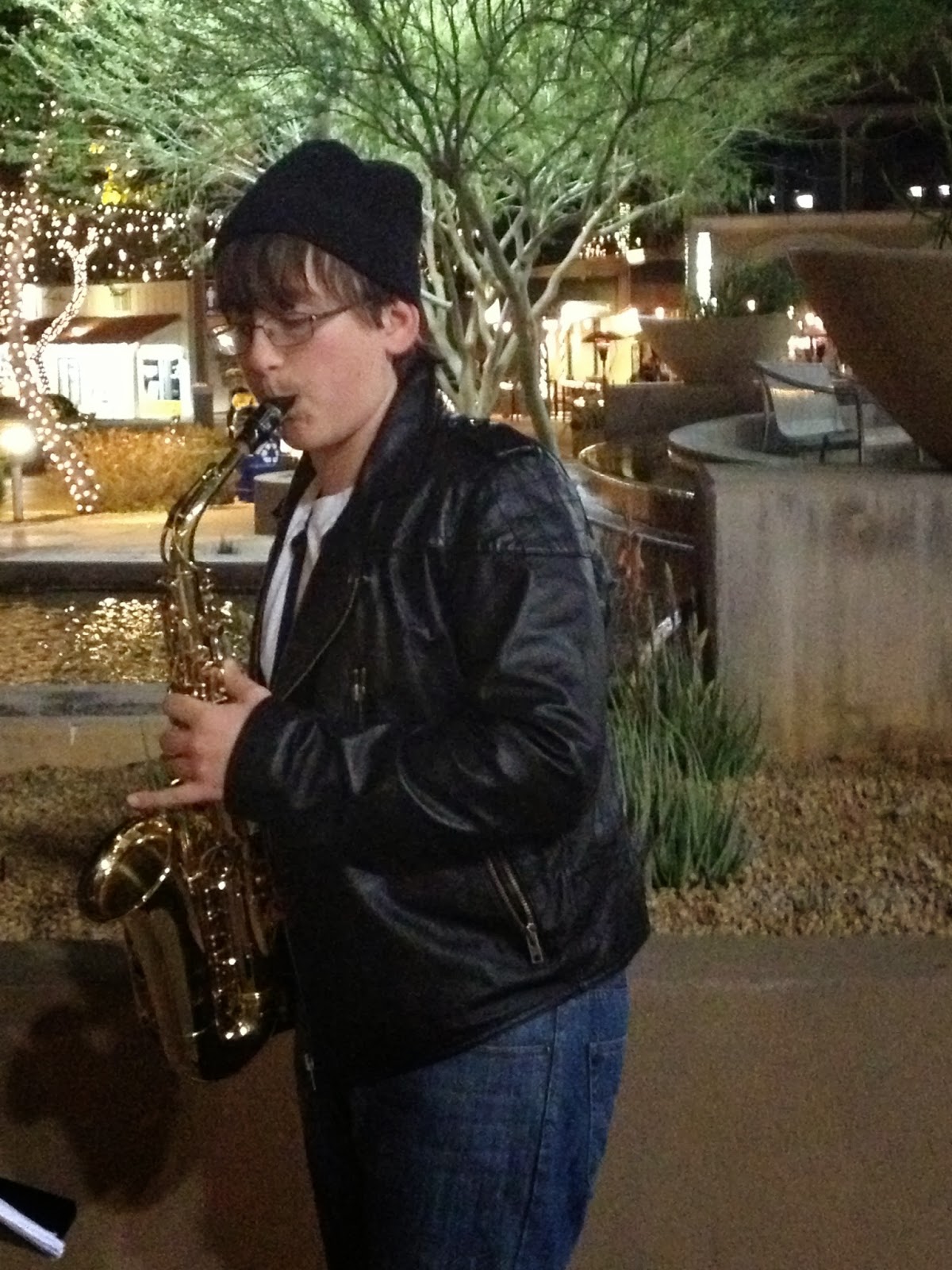 Tommy decided to audition for this year's summer music program at Interlochen.
Knowing that the very best young musicians from 50 countries around the world were vying for the same handful of alto sax openings, and knowing that his chances of getting in were slim to none, he decided to audition anyway, and keep trying each year just in case at some time in the future he could make it in.
Instead of flying to a live audition we made a video audition at home, and submitted it.

We were totally stunned to hear from Interlochen that Tommy had been accepted into their Summer Music program, his very first time trying!
This is the opportunity of  lifetime.
He has also been awarded a merit scholarship which covers a portion of the enormous expense involved in being in this program. 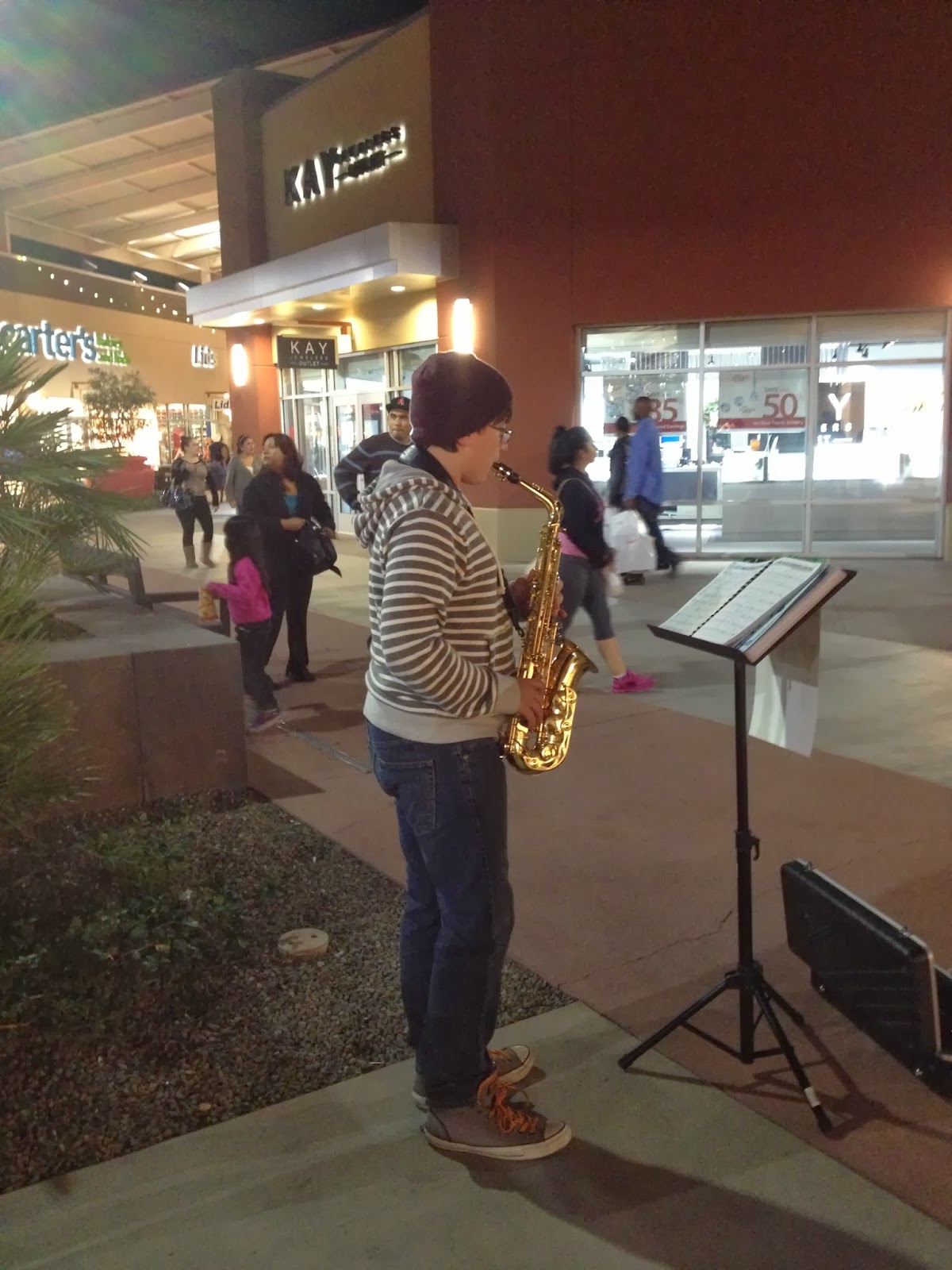 Tommy and I are now faced with having to raise an additional $5000 in tuition and costs, as well as financing round trip airfares and other travel expenses to get him there.

I have set up a Go Fund Me fundraising page for Tommy to give friends an family an organized and official way to help us in this crusade.


This blog has always been about fashion and beauty, but today it is also about helping a (just turned 13 year old) boy get to the
Interlochen Summer Music Program.
If you are able to donate any amount to his Go Fund Me  fundraising page (linked here in blue), it will make a huge difference. 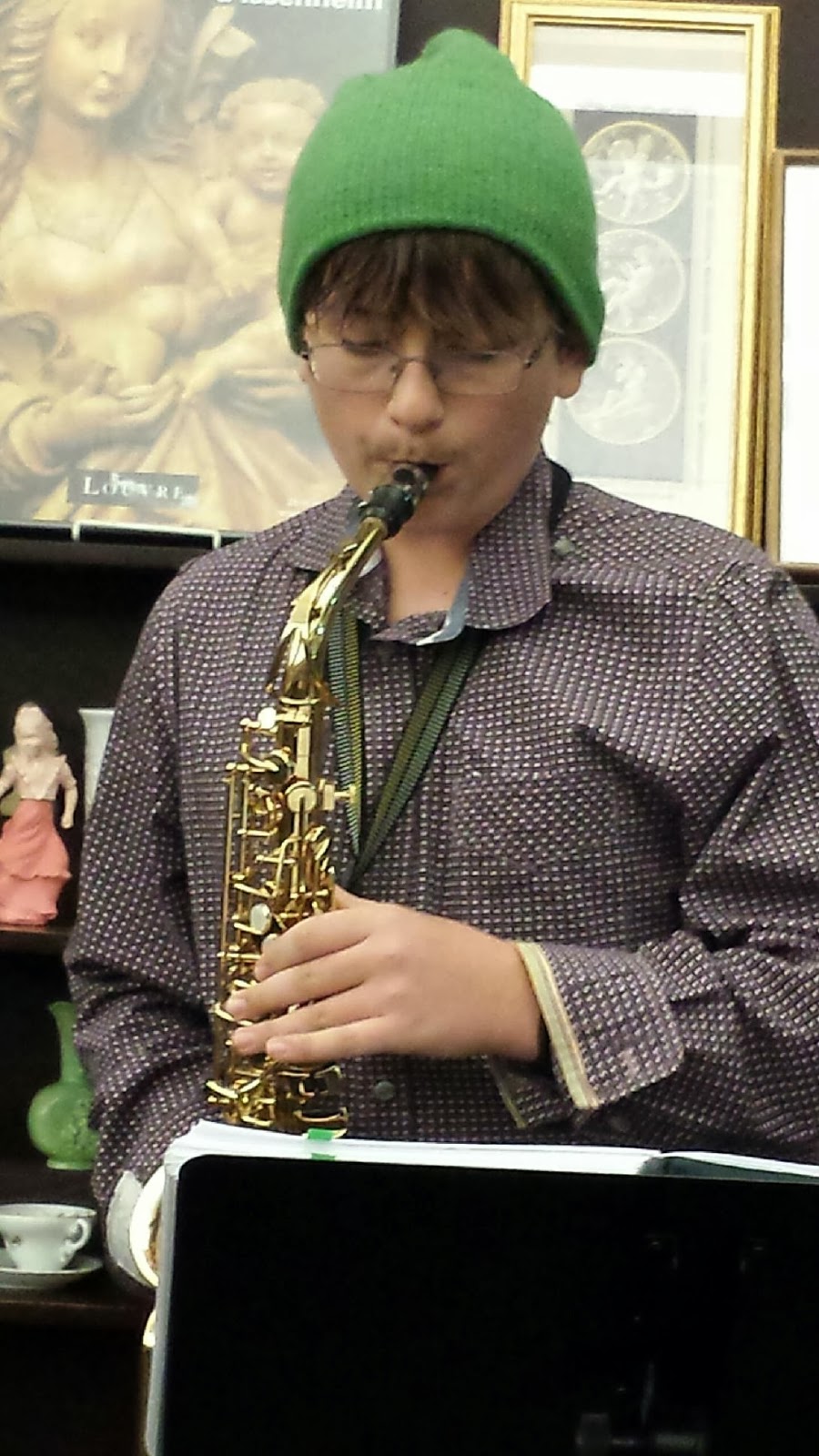 As a makeup artist I recently had the pleasure of working with some members of the Phoenix Symphony Orchestra. They could not believe Tommy made it into Interlochen on his first attempt, and with a video audition that he made when he was still only 12 years old.
Some of them had been themselves, or had family members make it in, but most of them even with years of trying had never been able to secure a place at the Interlochen Summer Music Program.
To say they were impressed is a huge understatement!

I had been thinking about turning this opportunity down, as the expense is so massive, but they were all emphatic that I couldn't let that happen. They told me that Tommy will quite possibly be the only musician from all of Arizona to be accepted.


I'm so very proud of my boy. He works so hard at his craft.
To help raise the funds needed to get to Interlochen Tommy is playing at coffee houses and wine bars around town, and playing street music outside large venues as much as possible.


This video is of Tommy playing in a wine bar, one week after turning 13
There are two ways you can help him.
1. Donate to his Go Fund Me page. Any amount is greatly appreciated!
2. Share this blogpost on your social media, via email, or any other way you can to get it in front of as many people as possible. The more people who know about Tommy, the more chance we have of getting him to Interlochen.


Tommy playing Blue Bossa outside USAirways Arena in Phoenix
Thank you so very much!