I'm at a loss for words.
Except for one word.
Why?? 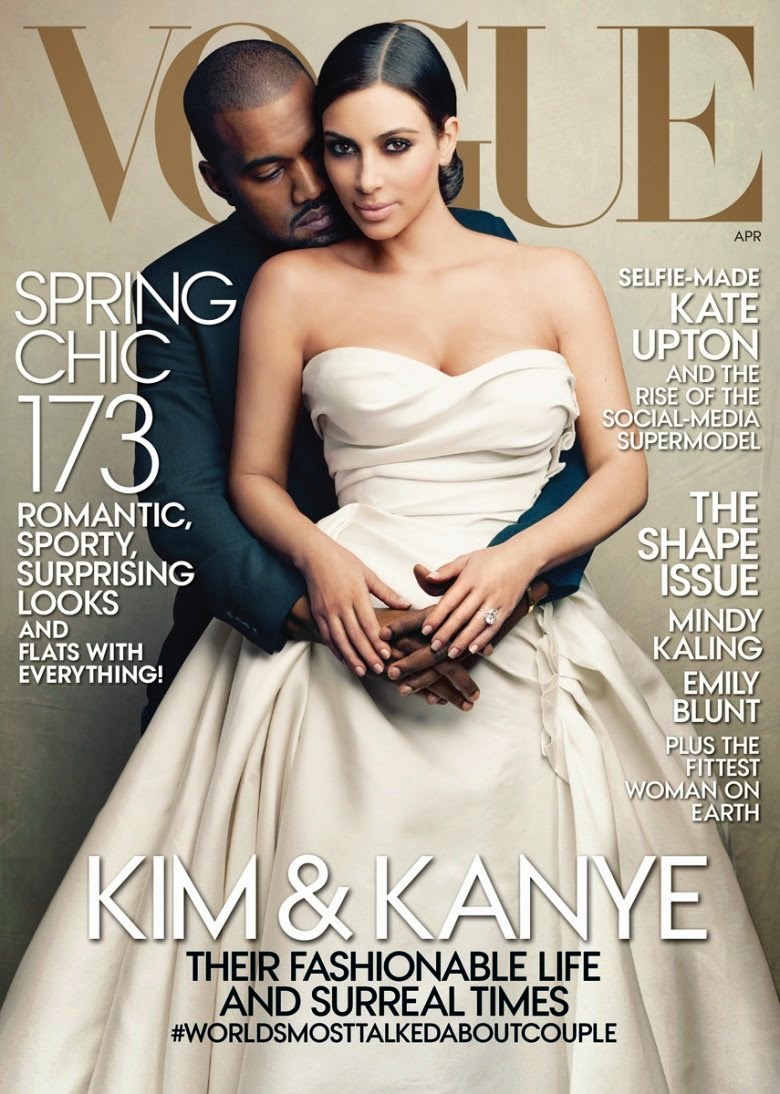 Anna Wintour decided to put Kim Kardashian and Kanye West
on the cover of the April 2014 issue of Vogue.
Perhaps the most coveted cover of them all,
generally respected as a definitive moment in a model's career,
or a well earned moment in an actress's or a musician's career.
And now a new goal for reality TV peeps.
I don't watch the Kardashians, so maybe I have missed something here.
I don't watch reality TV.
I don't know Kanye's music.
Apparently they are one of the most talked about couples in the world?
Annie Liebovitz shot it.
One thing I do know, is don't question Anna Wintour's thinking.
On the other hand,
Harpers Bazaar chose model Lara Stone
for their April 2014 cover.
I absolutely love it. 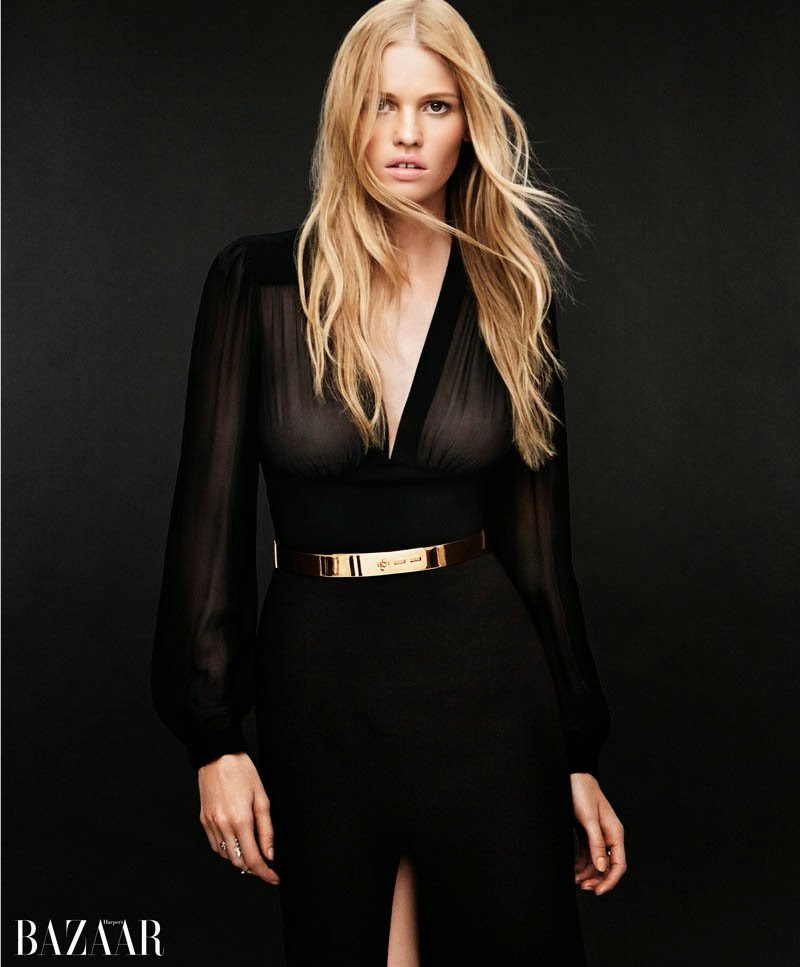 Vogue Paris saw fit to put sex bomb model
Cameron Russell on their April 2014 cover,
lensed by the one and only Mario Testino. 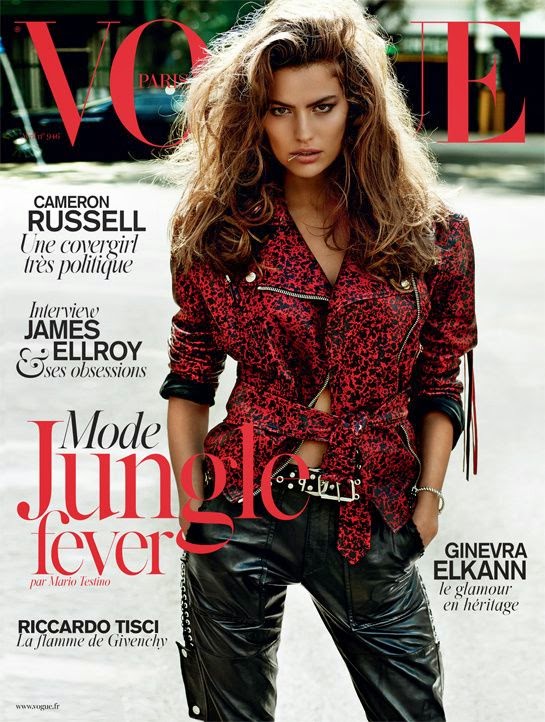